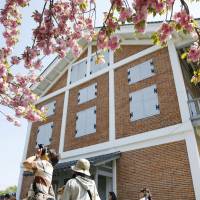 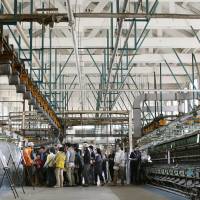 The historic Tomioka Silk Mill in Gunma Prefecture and its related facilities are expected to become UNESCO World Heritage sites next month.

The redbrick factory from the Meiji Era will be the 18th World Heritage property in Japan if UNESCO officially accepts its endorsement by the International Council on Monuments and Sites, or ICOMOS, at the World Heritage Committee meeting from June 15 to 25 in Doha, Qatar.

Here is some information about the silk mill’s history.

What are the sites being endorsed by ICOMOS?

The Tomioka Silk Mill will be the first industry-related heritage site in the nation. ICOMOS said the mill complex played a significant role in innovating the Japanese silk industry at the end of the 19th century.
The recommendation includes the mill, the former residence of silkworm egg farmer Tajima Yahei, the Takayama-sha Sericulture School and Arafune Cold Storage, which was a repository for silkworm eggs. It is the only factory built by the Meiji government to be preserved in nearly its original form, according to the Tomioka Municipal Government.

The government decided to officially recommend the four sites to UNESCO in 2012.

Churches and castles often make the World Heritage list, but UNESCO started putting more emphasis on industrial sites in the 1990s, including the Agave Landscape and Ancient Industrial Facilities of Tequila in Mexico in 2006, and the Bahrain pearling trail in 2012.

When was the mill built?

The mill was built in 1872. It is Japan’s oldest modern silk reeling factory and is a symbol of Japan’s industrialization in the 19th century.

Silk became one of the nation’s most important exports after the Tokugawa shogunate dropped its policy of isolationism in 1854. Demand for Japanese silk surged after European silkworm stocks were ravaged by disease and Chinese silk exports were crimped by political instability in China.

According to the Japanese Association for Conservation of Architectural Monuments, demand was so high that silk accounted for over 80 percent of Japan’s exports in 1863. But that astounding figure ended up compromising its quality as demand surpassed supply, damaging the reputation of Japanese manufacturers.

After the Meiji Restoration in 1867, the government embarked on a modernization drive to catch up with the West. As part of its business strategy, the government built the Tomioka Silk Mill to serve as a model facility for quality improvement. This involved introducing state-of-the-art machinery from France.

How was the town of Tomioka chosen?

The Meiji government commissioned Paul Brunat, a silk inspector at the Yokohama office of Lyon-based wholesaler Hecht, Lilienthal and Co., to find a site for the model silk mill in 1870. Brunat picked Tomioka because the town already had a booming silk industry and immediate access to such nearby coal mining towns as Takasaki and Yoshii, which would provide most of it energy needs.

The buildings were designed by Auguste Bastien, a Frenchman who was involved in building the Yokosuka Ironworks. The factory occupies about 5.5 hectares and consists of about 120 buildings, including cocoon warehouses, a boiler room, buildings for cocoon-drying, silk-reeling, and re-reeling, plus dormitories and an official residence for the French employees.

The buildings were built in a mix of Japanese and Western styles — framed with wood, walled with red bricks and roofed with traditional Japanese tiles.

Regular aerobic exercise seems to boost the size of the area of the brain (hippocampus) involved in verbal memory and learning among women whose intellectual capacity has been affected by age, indicates a small study published online in the British Journal of Sports Medicine.

The hippocampus has become a focus of interest in dementia research because it is the area of the brain involved in verbal memory and learning, but it is very sensitive to the effects of ageing and neurological damage.

The researchers tested the impact of different types of exercise on the hippocampal volume of 86 women who said they had mild memory problems, known as mild cognitive impairment – and a common risk factor for dementia.

All the women were aged between 70 and 80 years old and were living independently at home.

Roughly equal numbers of them were assigned to either twice weekly hour long sessions of aerobic training (brisk walking); or resistance training, such as lunges, squats, and weights; or balance and muscle toning exercises, for a period of six months.

The size of their hippocampus was assessed at the start and the end of the six month period by means of an MRI scan, and their verbal memory and learning capacity was assessed before and afterward using a validated test (RAVLT).

Only 29 of the women had before and after MRI scans, but the results showed that the total volume of the hippocampus in the group who had completed the full six months of aerobic training was significantly larger than that of those who had lasted the course doing balance and muscle toning exercises.

No such difference in hippocampal volume was seen in those doing resistance training compared with the balance and muscle toning group.

However, despite an earlier finding in the same sample of women that aerobic exercise improved verbal memory, there was some evidence to suggest that an increase in hippocampal volume was associated with poorer verbal memory.

This suggests that the relationship between brain volume and cognitive performance is complex, and requires further research, say the authors.

But at the very least, aerobic exercise seems to be able to slow the shrinkage of the hippocampus and maintain the volume in a group of women who are at risk of developing dementia, they say.

And they recommend regular aerobic exercise to stave off mild cognitive decline, which is especially important, given the mounting evidence showing that regular exercise is good for cognitive function and overall brain health, and the rising toll of dementia.

Worldwide, one new case of dementia is diagnosed every four seconds, with the number of those afflicted set to rise to more than 115 million by 2050, they point out.
Original Article released:
http://www.eurekalert.org/pub_releases/2014-04/bmj-rae040414.php

Useful Recipe Books for Beauty and Health
Available at KindleStores!

What makes our body is what we eat.
Why not review our diet for our beauty and health.

We eat every day, three times.
Richly varied recipes that are easy to cook tasty meals
enable us to have happy time with family and friends!

Please make great use of those recipes in your everyday life! 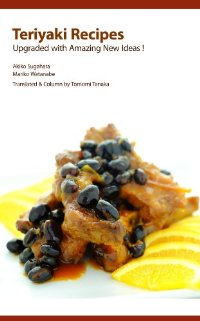 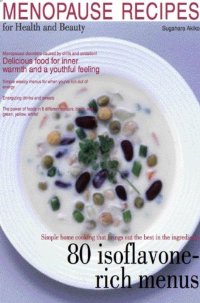