Our modern epidemic of obesity has led to an alarming rise in the incidence of diabetes. More than 382 million people on the planet suffer from diabetes, predominantly type-2 diabetes. For these people, blood sugar surges — glucose spikes after meals — can be life threatening, leading to cardiovascular complications. 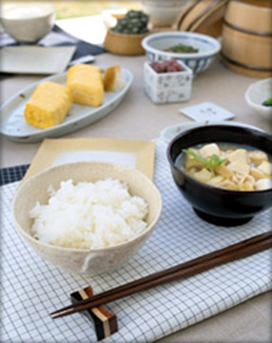 A new Tel Aviv University study published in Diabetologia proposes a new way to suppress deadly glucose surges throughout the day — eating a high-caloric breakfast and a more modest dinner. According to TAU’s Prof. Daniela Jakubowicz and Dr. Julio Wainstein of the Wolfson Medical Center’s Diabetes Unit, Prof. Oren Froy of the Hebrew University of Jerusalem, and Prof. Bo Ahrén of Lund University in Sweden, the combined consumption of a high-energy breakfast and a low-energy dinner decreases overall daily hyperglycaemia in type-2 diabetics.

“We found that by eating more calories at breakfast, when the glucose response to food is lowest, and consuming fewer calories at dinner, glucose peaks after meals and glucose levels throughout the day were significantly reduced,” said Prof. Jakubowicz.

All in the timing

The new study was conducted on eight men and 10 women aged 30-70 with type-2 diabetes. Patients were randomized and assigned either a “B diet” or “D diet” for one week. The B diet featured a 2946 kilojoule (kj) breakfast, 2523 kj lunch, and 858kj dinner, and the D diet featured a 858 kj breakfast, 2523 kj lunch, and 2946 kj dinner. Both diets contained the same total energy measured in kilojoules, a food energy measurement similar to a calorie, but were consumed at different times through the day, with the larger meal taking place during breakfast in the B diet. The larger meal included two slices of bread, milk, tuna, a granola bar, scrambled egg, yoghurt and cereal; the smaller meal contained sliced turkey breast, mozzarella, salad and coffee.

Patients consumed their diets at home for six days before the day of testing. On the seventh day, each group consumed their assigned meal plan at the clinic, and blood samples were collected just before breakfast and at regular intervals after the meal. Blood sampling was repeated at the same intervals after lunch and dinner. Post-meal glucose levels were measured in each participant, as well as levels of insulin, c-peptide (a component of insulin), and glucagon-like-peptide 1 hormone (GLP-1, also known as incretin: an indicator of glucose metabolism that stimulates insulin release). Two weeks later, patients switched to the alternate diet plan, and the tests were repeated.

The results of the study showed that post-meal glucose elevations were 20% lower and levels of insulin, C-peptide, and GLP-1 were 20% higher in participants on the B diet compared with those on the D diet.

Despite the fact that both diets contained the same calories, blood glucose levels rose 23 percent less after the lunch preceded by a large breakfast.

“By demonstrating that a diet of high-energy breakfasts and more modest dinners is more effective in lowering overall daily post-meal glucose surges, we suggest that such a regimen is a powerful therapeutic approach for improving glycemic control and may potentially reduce cardiovascular complications in type- 2 diabetics,” said Prof. Jakubowicz. “It is not enough to tell the diabetic patient what he or she should or should not eat. It is more important to emphasize that a more advantageous meal schedule should be followed.”

The researchers are currently engaged in an extended study of the benefits of high-energy breakfast and reduced-calorie dinners over time.

April is called “uzuki’ in Japanese.  It is mostly well-known that it was named such because it is the month when flowers of deutzia is usually in full bloom.  There are also other stories that the sound of “u” reflects the Chinese characters of 「初」=”new” or 「産」=”be born” indicating this is the beginning of a year. (In Japan, a school year and a fiscal year start in April.)  It may have been originated from the fourth animal of the twelve Chinese zodiac, rabbit (「卯」 is for rabbit.) or a letter for planting 「植」because people used to start seeding around this time of the year.  All the other months as well that nobody knows how and why exactly Japanese named each month as such.  Still, the custom of calling each month in old-fashion way in Japan is very interesting.