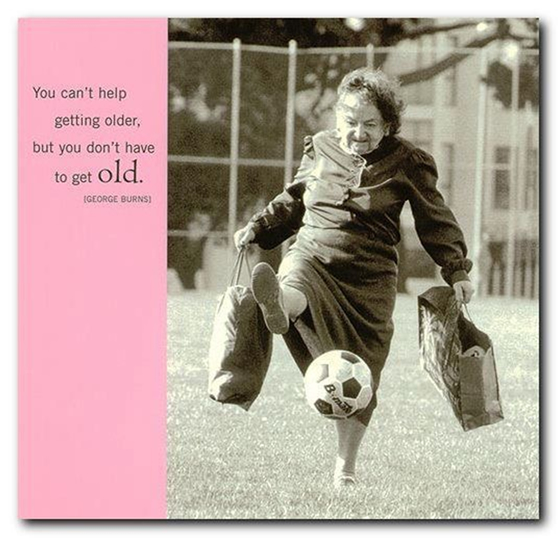 Some people believe that toxins in the gastrointestinal tract can cause colds, allergies, arthritis, poor circulation and fatigue, says Michael Picco, M.D., a gastroenterologist at the Mayo Clinic. They see the lemon water cleanse as a way to remove toxins from the body and boost the immune system. While critics say the digestive system and bowel are designed to do the job naturally, proponents of colon cleansing counter that there is little scientific evidence disproving the benefits.

Method
Step 1
Consult with your doctor first. A master cleanse involves several days of consuming nothing more than the lemon water recipe and drinking plenty of water to prevent dehydration. The cleanse is not recommended for diabetics or individuals who have other chronic health problems. If you do not stay well-hydrated, an imbalance of electrolytes could cause serious complications, particularly if you have kidney or heart disease.

Step 2
Eliminate processed foods, meats and dairy products from your diet before you begin the actual cleanse process. If you prefer not to do a full cleanse but still want to benefit from some of the cleansing properties of lemon water, cut down on consumption of fatty, sugary and processed foods. Drink a couple of glasses of lemon water each day so that your colon, liver and kidneys can benefit from any restorative properties that lemon water may have.

Step 3
Flush out your digestive tract and colon on the morning of the first day of the cleanse. To do this, add two teaspoons of uniodized sea salt to one quart of lukewarm water. Shake well to mix, then drink the entire quart on an empty stomach. Wait until after your first bowel movement to begin drinking the lemon water mix.

Step 5
Drink an herbal laxative tea each night before you go to bed. This will help stimulate daily bowel movements, an essential part of the cleanse process.

Step 6
Wean yourself off the cleanse gradually. It will be four or five days before you can eat normally again. Start by introducing freshly squeezed orange juice diluted with water into your diet. On the evening of the second day coming off the cleanse, drink some vegetable broth. Continue drinking orange juice each day. On the third and fourth days, add vegetables to your soup and eat some fruit. Do not eat fish, meat, dairy or wheat products for a few days until your system is back to normal.

Recipe
Step 1
Make a recipe for six servings by adding 12 tbsp. each of organic lemon juice and organic grade B maple syrup and 2 tsp. of paprika to 60 oz. of filtered water. Lemons are full of vitamin C and minerals your body needs to stay healthy. Lemon juice also makes the body more alkaline by neutralizing acid and restoring the body’s pH balance. The maple syrup supplies the body with additional vitamins and minerals.

Step 2
Mix all ingredients together by stirring or shaking well.

Step 3
Drink the lemon cleanse at room temperature or as a hot drink, but do not drink it cold.

Tips
Always use fresh lemons or limes in your recipe. Keep lemons on the kitchen counter to ripen.

Most lemon water cleanse recipes call for cayenne pepper instead of paprika. Cayenne pepper helps improve circulation by making it easier for major organs to filter toxins from the body. Some people substitute with paprika if they are unable to find cayenne pepper. Paprika is milder, however, and therefore doesn’t have the same effect as cayenne pepper when it comes to increasing metabolism and circulation. 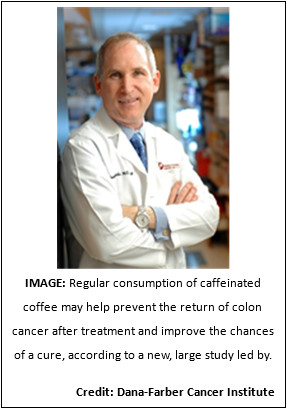 BOSTON – Regular consumption of caffeinated coffee may help prevent the return of colon cancer after treatment and improve the chances of a cure, according to a new, large study from Dana-Farber Cancer Institute that reported this striking association for the first time.

The patients, all of them treated with surgery and chemotherapy for stage III colon cancer, had the greatest benefit from consuming four or more cups of coffee a day (about 460 milligrams of caffeine), according to the study published in the Journal of Clinical Oncology. These patients were 42 percent less likely to have their cancer return than non-coffee drinkers, and were 33 percent less likely to die from cancer or any other cause.

Two to three cups of coffee daily had a more modest benefit, while little protection was associated with one cup or less, reported the researchers, led by Charles Fuchs, MD, MPH, director of the Gastrointestinal Cancer Center at Dana-Farber. First author is Brendan J. Guercio, MD, also of Dana-Farber.

The study included nearly 1,000 patients who filled out dietary pattern questionnaires early in the study, during chemotherapy and again about a year later. This “prospective” design eliminated patients’ need to recall their coffee-drinking habits years later – a source of potential bias in many observational studies.

“We found that coffee drinkers had a lower risk of the cancer coming back and a significantly greater survival and chance of a cure,” Fuchs said. Most recurrences happen within five years of treatment and are uncommon after that, he noted. In patients with stage III disease, the cancer has been found in the lymph nodes near the original tumor but there are no signs of further metastasis. Fuchs said these patients have about a 35 percent chance of recurrence.

Fuchs said the study is the first to study an association between caffeinated coffee and risk of colon cancer recurrence. It adds to a number of recent studies suggesting that coffee may have protective effects against the development of several kinds of cancer, including reduced risks of postmenopausal breast cancer, melanoma, liver cancer, advanced prostate cancer.

Fuchs said the research focused on coffee and other dietary factors because coffee drinking – in addition to possibly being protective against some cancers – had been shown to reduce the risk of type 2 diabetes. Risk factors for diabetes – obesity, a sedentary life style, a Western diet high in calories and sugar, and high levels of insulin – are also implicated in colon cancer.

In analyzing the results of the new study, Fuchs and his colleagues discovered that the lowered risk of cancer recurrence and deaths was entirely due to caffeine and not other components of coffee. He said it’s not clear why caffeine has this effect and the question needs further study. One hypothesis is that caffeine consumption increases the body’s sensitivity to insulin so less of it is needed, which in turn may help reduce inflammation – a risk factor for diabetes and cancer, Fuchs said.

Other than drinking coffee, Fuchs said, people can take other measures to reduce cancer risks – avoiding obesity, exercising regularly, adopting a healthier diet, and eating nuts, which also reduce the risk of diabetes.

Compounds found in purple potatoes may help kill colon cancer stem cells and limit the spread of the cancer, according to a team of researchers.

Baked purple-fleshed potatoes suppressed the growth of colon cancer tumors in petri dishes and in mice by targeting the cancer’s stem cells. Colon cancer is the second leading cause of cancer-related deaths in the U.S. and responsible for more than 50,000 deaths annually, according to the American Cancer Society.

The researchers, who released their findings in the Journal of Nutritional Biochemistry, currently online, used a baked purple potato because potatoes are widely consumed and typically baked before they are consumed, especially in western countries. They wanted to make sure the vegetables maintained their anti-cancer properties even after cooking.

In the initial laboratory study, the researchers found that the baked potato extract suppressed the spread of colon cancer stem cells while increasing their deaths. Researchers then tested the effect of whole baked purple potatoes on mice with colon cancer and found similar results. The portion size for a human would be about the same as eating a medium size purple-fleshed potato for lunch and dinner, or one large purple-fleshed potato per day.

According to the researchers, there may be several substances in purple potatoes that work simultaneously on multiple pathways to help kill the colon cancer stem cells, including anthocyanins and chlorogenic acid, and resistant starch.

“Our earlier work and other research studies suggest that potatoes, including purple potatoes, contain resistant starch, which serves as a food for the gut bacteria, that the bacteria can covert to beneficial short-chain fatty acids such as butyric acid,” Vanamala said. “The butyric acid regulates immune function in the gut, suppresses chronic inflammation and may also help to cause cancer cells to self-destruct.”

In addition to resistant starch, the same color compounds that give potatoes, as well as other fruits and vegetables, a rainbow of vibrant colors may be effective in suppressing cancer growth, he added.

“When you eat from the rainbow, instead of one compound, you have thousands of compounds, working on different pathways to suppress the growth of cancer stem cells,” said Vanamala. “Because cancer is such a complex disease, a silver bullet approach is just not possible for most cancers.”

Using evidenced-based foods as a proper cancer prevention strategy could complement current and future anti-cancer drug therapies. Vanamala said that foods could actually offer a healthier way to prevent cancer because they often have limited side effects compared to drug treatments.

“Indeed, we have seen that the animals that consumed purple potatoes are healthier compared to animals that received drug treatment,” said Vanamala.

Most of the funding in cancer research currently goes to cancer cures but not to prevention, Vanamala said. However, as cancer incidences are predicted to surge in the next two decades, an equal emphasis on both food-based cancer prevention and therapeutic drug approaches should be used to counter the growing epidemic of cancer in the U.S. and around the world.