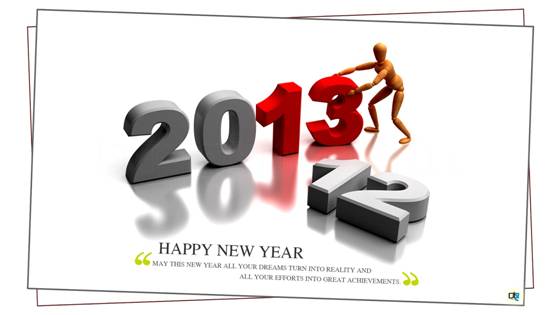 Beauty in things exists in the mind which contemplates them.
By David Hume

Above was written by David Hume cited from http://www.brainyquote.com/quotes/quotes/d/davidhume161079.html

Most people don’t think that radiation has still been flowing into the sea.  Furthermore, it seems that many people have forgotten that a large amount of radiation has already been flown into the sea and gradually spreading to the south.  Well, maybe this is a good trait of the Japanese.

Since the incident of Chernobyl, people in Europe have been afraid of water for years and avoided drinking tap water.  They would buy water in plastic bottles even for cooking.  Compared to it, the Japanese people are significantly different.  If the European people had to live in current Japan, they would not buy fish unless daily test results of becquerel is provided.

Hoping that I will be of any help, I published an electronic book, “How to Eat Fish during Radiation Era” in Japanese.  The book has information and data about the radiation level shown in numerical readings.  The book shall teach you how much the radiation level has dropped down from the previous year and how high it was detected from fish caught in the lake, Tokyo bay, and the seabed.  Although the book is available in Japanese only, it’s worth reading. 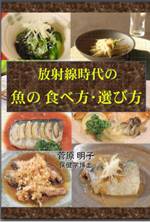 You can download my e-book, “How to Eat Fish during Radiation Era” HERE.

A typical meal in Japan is about half the size of an average Western meal and usually features fish, soy, vegetables, and tea, all linked to good health and long life. An old Japanese saying—Hara hachi bunme—instructs people to stop eating when you are 80 percent full. And a regional proverb counsels: “Eat like a crane,” a bird whose pointed beak forces it to pick delicately at its food.

There are practical aspects to Japanese longevity as well. In most areas, parking a car is difficult and expensive, so a trip to the store is more likely to take place on a bike or on foot. And Japan’s generally small homes mean people go out more for recreation and entertainment.

An old Japanese saying—Hara hachi bunme—
instructs people to stop eating
when you are 80 percent full.

These and other common healthy habits, like tai chi, reiki, and yoga, give the Japanese one of the highest life expectancies in the world. A Japanese man can expect to live to age 78 and a woman to nearly 85. The average lifespan is 81.25 years, 16 years longer than the world average, and some 25,000 Japanese citizens are more than 100 years old.

Japan’s notoriously exacting work ethic takes a toll on the overall health of the population, particularly men. And increased affluence has drawn many toward more Western habits and vices, like fast food, red meat, and cigarette smoking, which has increased the incidences of chronic disease and obesity and lost Japan its number-one spot on the world longevity list. The government is pursuing measures to curb this trend.

In the US, 50% of children are considered to be obese whereas that of Japan is 8% on the average.  The highest is 13% and it is recorded in remote rural areas.  Those percentages show that we don’t have as many obese children as in US.  But considering the fact that the number of obese children (boys) in Japan over the last 20 years has increased from 6% to 12%, I cannot deny that there is a significant change in our diet.  We are likely to eat more and more western-style foods, and at the same time, more and more people tend not to eat full meals in the morning.  Fortunately, there seems to be a trend that the number of obese children has been decreasing since 2006.  I feel so pleased to know it.

As I wrote an article in this blog a while ago, there is a movement to improve food education through local administrations and school lunch system.  Luckily, this movement has been spreading all through Japan.  To my great pleasure, the movement has an obvious effect on reducing numbers of obese children.

But isn’t it strange that we find more obese children in rural areas where there are more nature left than the big cities with less open areas for children to play?

The answer is because children do not play outside for hours in the nature by themselves as often as they used to do 20 years ago.  In addition, it is more likely to find working parents in rural areas so children are often taken care of by their grandmothers who may believe that it is the loving care to give children sweets and juice.

Also, when children want to go out to play soccer or any other sports, it is natural for the parents to drive back and forth for children.  City children, on the other hand, must walk to wherever they need to go.  Therefore, children in rural areas do not walk as much as city children.

If the income level continues to show a tendency to decline year after year, both parents may have to work longer.  I can imagine that the delivered pizza, snacks, games may be all over the house when mothers come home exhausted form work.  In order to restore the small rural areas where children can play around energetically, we, the adults are in great demand to think more critically and act accordingly. 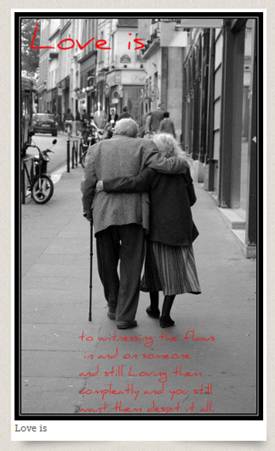 to witnessing the flaws in and on someone
and still Loving them compleatly and you still want them despit it all.
Photo cited from photobucket.
http://media.beta.photobucket.com/user/tanyahair/media/Quote%20of%20the%20day/Loveis.jpg.html?filters[term]=quote%20of%20the%20day&filters[primary]=images&sort=1&o=47

Do the Japanese people have religion?  Actually, I think the Japanese people are quite ambiguous about religion.  It is our national trait to embrace innumerable gods.  Also, in any times, the Japanese people are curious and tend to be fond of novel things.  When new culture is brought into Japan from China or Korea, the rich and the authorities would pay anything regardless of the cost in order to study, develop, and transform them into the Japanized products which become far from the original imported conditions.

New Year is now a very popular event.  During the first 3 days of January, people follow a custom of Shinto religion to visit shrine.  This is called “Hatsumairi,” the first visit of the year to the shrine.  Some famous shrines have as many as half a million visitors.  Young people take this opportunity to go out for a date.  And the same young people also enjoy Christmas as they exchange presents and prepare Teriyaki chicken instead of Turkey and Christmas cake for dinner.  The Japanese people do not have a sense of sin because they do not conform to monotheism.  Rather, they tend to perceive it in the opposite way.

It is much more appropriate to say that the Japanese people like to see a spirit of god or a sense of Buddha that anybody possesses in their heart.  On Christmas night, the Japanese people prepare western-style dinner and when New Year comes, they prepare traditional Japanese-style holiday foods called, “Osechi,” on the same dining table.  Usually, Osechi has more than 30 different kinds of dishes with special meanings celebrating the New Year.  The Japanese people would spend the New Year’s Day talking about resolutions of each family member. 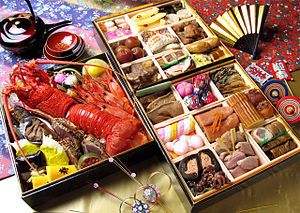 The Japanese people also believe that even non-living things have spirits of god.  So when we dispose something, for example, a kitchen knife, we read the sutras for the purpose of a memorial service and pray for the repose of its soul.  Laboratory where animal experiments are conducted, the scientists visit a temple once a year to pray for all the mice to rest in peace.  I assume no other countries have scientists like that. 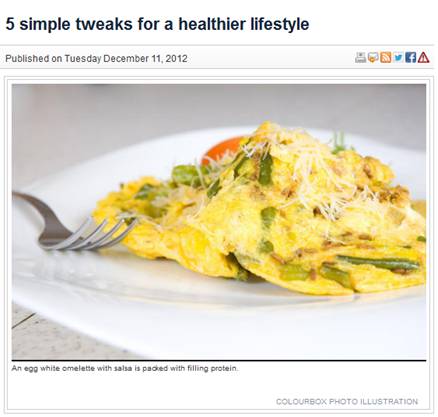 There is always something to be thankful for…always something positive to find in each day. Open your eyes and really look and remember each challenge makes you strong. Share this with family and friends to remind them of the same. 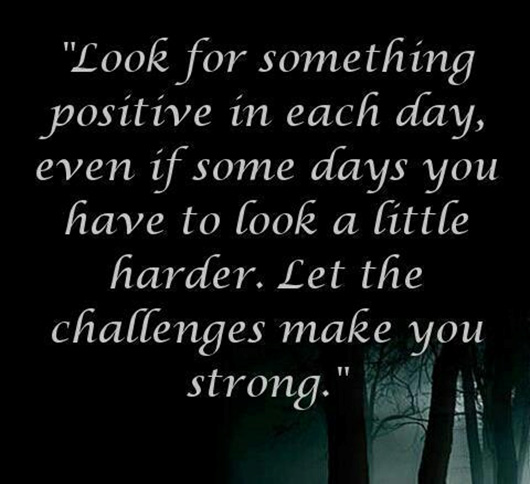 A study by Toronto’s St. Michael’s Hospital has found pregnant women who are married are less likely to face spousal abuse or to have substance abuse problems or post-partum depression.

Dr. Marcelo Urquia, an epidemiologist at the hospital’s Centre for Inner City Health, analyzed data from the 2006/07 Canadian Maternity Experiences Survey, a nationwide sample of 6,421 child-bearing women compiled by the Public Health Agency of Canada.

Urquia’s study found that 10.6 per cent of married women reported partner abuse, substance abuse or post-partum depression. The figure rose to 20 per cent for women living in common-law relationships and even higher — 35 per cent — for single women. Most dramatically, it rose to 67 per cent for women who were separated or divorced in the year prior to the birth of a child.

The study was published Thursday, Dec. 13, in the American Journal of Public Health.

“We expected to see differences, but not as big,” Urquia said.

“One cannot recommend people get married, that is their choice. But what this (study) is showing is that those who commit to marriage may have some characteristics that make them different from others and those characteristics play a protective role for psycho-social well-being,” Urquia said.

The study also showed the longer the relationship among the common-law, the better a woman’s chances of not suffering abuse by her partner, having a substance abuse problem or having post-partum depression, though they still experienced more problems as opposed to married women, who experienced higher well-being from the beginning of their marriages.

Urquia said the study was motivated by the increasing number of children being born in Canada outside of traditional marriage. The figure is about 30 per cent today, a dramatic increase from 9 per cent in 1971.

A future study of the impact on children of different relationships —marriage, habitation or singlehood — would be beneficial, Urquia said.