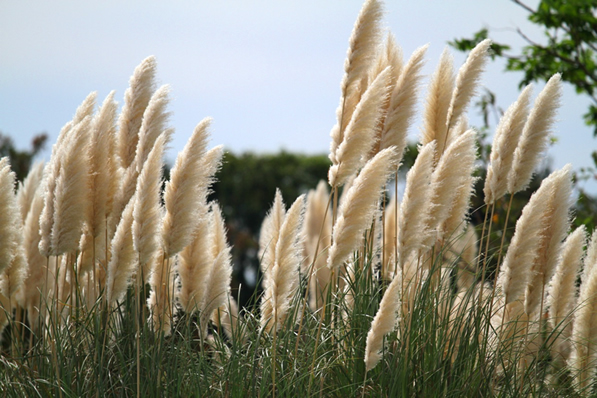 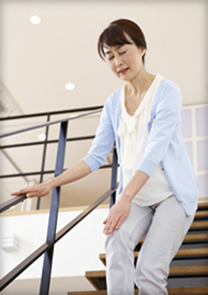 Postmenopausal women who eat foods higher in potassium are less likely to have strokes and die than women who eat less potassium-rich foods, according to new research in the American Heart Association’s journal Stroke.

Researchers studied 90,137 postmenopausal women, ages 50 to 79, for an average 11 years. They looked at how much potassium the women consumed, as well as if they had strokes, including ischemic and hemorrhagic strokes, or died during the study period. Women in the study were stroke-free at the start and their average dietary potassium intake was 2,611 mg/day. Results of this study are based on potassium from food, not supplements.

“Our findings suggest that women need to eat more potassium-rich foods. You won’t find high potassium in junk food. Some foods high in potassium include white and sweet potatoes, bananas and white beans.”

While increasing potassium intake is probably a good idea for most older women, there are some people who have too much potassium in their blood, which can be dangerous to the heart. “People should check with their doctor about how much potassium they should eat,” she said.

The study was observational and included only postmenopausal women. Researchers also did not take sodium intake into consideration, so the potential importance of a balance between sodium and potassium is not among the findings. Researchers said more studies are needed to determine whether potassium has the same effects on men and younger people.

The National Heart, Lung and Blood Institute funded the study.

Statements and conclusions of study authors published in American Heart Association scientific journals are solely those of the study authors and do not necessarily reflect the association’s policy or position. The association makes no representation or guarantee as to their accuracy or reliability. The association receives funding primarily from individuals; foundations and corporations (including pharmaceutical, device manufacturers and other companies) also make donations and fund specific association programs and events. The association has strict policies to prevent these relationships from influencing the science content. Revenues from pharmaceutical and device corporations are available at http://www.heart.org/corporatefunding.

Posted on LIVESTRONG.COM on Mar 01, 2014 by Derek Bryan
http://www.livestrong.com/article/88496-acai-berry-juice-benefits/

Originating in Central and South America, acai berries have been touted as offering health benefits beyond those of typical fruits, including weight loss and anti-aging. In turn, many acai-containing products, such as acai juice and acai extracts, have been developed and promoted for these purposes. While scientific evidence has not substantiated all of the claimed benefits of acai berry juice, several studies suggest it has powerful benefits for the body 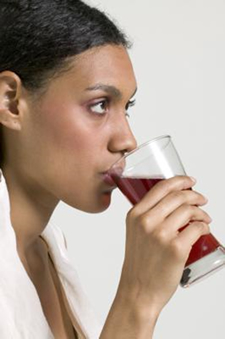 According to a March 2010 study published in “Pharmaceutical Research,” consumption of acai berries successfully inhibited growth of esophageal cancer in rats. Researchers attribute this result to the high levels of antioxidants in acai berry juice. The study was conducted with seven different types of berries, all of which were shown to be equally effective in cancer prevention, indicating acai berry juice may not be any better at preventing cancer than other berries.

An October 2008 study from Texas A&M University’s “Agricultural Communications” found that antioxidants from both acai berry pulp and juice are successfully absorbed by the human body. Antioxidants, usually in the form of vitamins and minerals, function by protecting immune cells from oxidative damage of compounds known as free radicals in the body. The antioxidant content in acai berry juice therefore provides immune system benefits similar to those of other berries.

Metabolic diseases, including cardiovascular disease and Type 2 diabetes, are often associated with obesity. In a May 2011 study published in “Nutrition Journal,” twice-daily consumption of acai pulp had a positive effect in reducing fasting glucose and insulin levels as well as reducing total cholesterol, though blood pressure was unaffected. More research is warranted to confirm these effects.

According to a January 2009 review from “Clinical Nutrition and Metabolic Care,” berries rich in antioxidants like the acai berry are beneficial in maintaining cognitive function in aged animals. Certain antioxidants are thought to soften stress-related neural signaling and promote the health and capacity of neurons throughout the aging process. This makes regular consumption of acai berry juice, which is rich in antioxidants, potentially useful in staving off age-related cognitive decline.

See the original article where some more useful information about cell turnover. 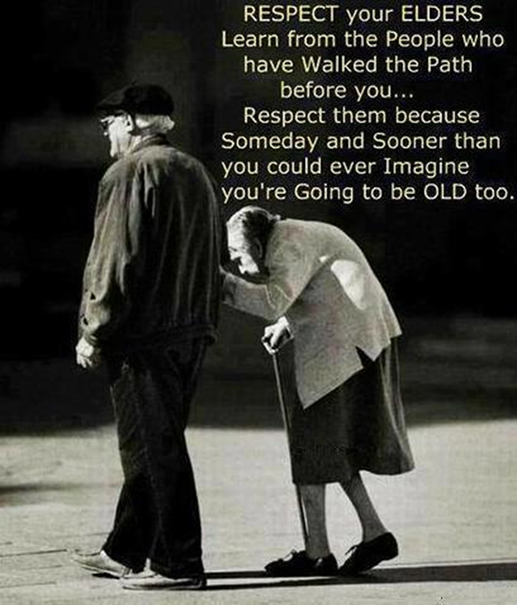 Ayako Wakasu, 94, smiles as her glasses are adjusted by a staff member at a day care facility. Life expectancy for Japanese women is now 87 years. — Bloomberg News

People across the globe are living longer than ever, and Japan is at the top of the list.

The country with the lowest life expectancy was Sierra Leone with 46 years.

Global average life expectancy for 2012 was 73 years for women and 68 years for men, both six years longer than 1990.

WHO attributed the gains to a decrease in the number of children who die before they turn 5.

While a long life expectancy is a cause for celebration, Japan is also suffering from a birth dearth that has made society skew older. Government statistics released last month showed that more than 25% of the population is now over 65 years old. 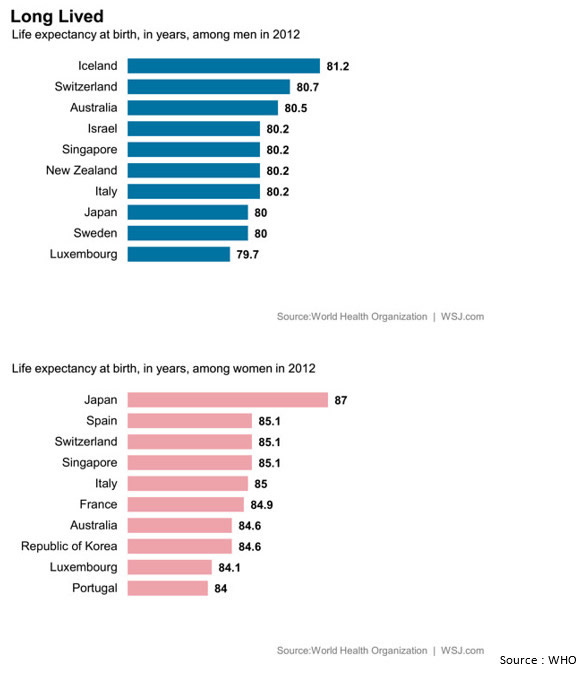 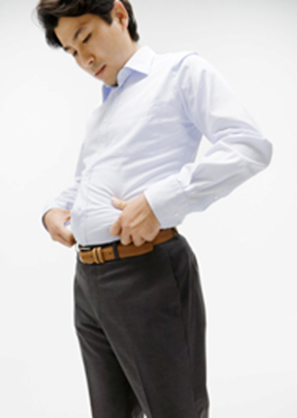 Threefold risk for those with severe obesity in their 30s, observational study indicates

But the age at which a person is obese seems to be a key factor, the findings show, with an apparent tripling in risk for people in their 30s.

Estimates suggest that almost 66 million people around the globe will have dementia by 2030, with the numbers predicted to top 115 million by 2050.

There is growing evidence that obesity is linked to dementia, but the research indicates that risk may be heightened or lowered, depending on age. And as yet, no study has looked at the age related effect of obesity on dementia risk across the whole age range in the population of one country.

So the researchers decided to do this, using anonymised data from hospital records for the whole of England for the period 1999-2011. Data in which obesity had been recorded were then searched for any subsequent care for, or death from, dementia.

During the study period, 451 232 of those admitted to hospital in England were diagnosed with obesity, 43% of whom were men.

The analysis revealed an incremental decrease in overall risk of hospital admission for dementia the older a person was when a diagnosis of obesity was first recorded, irrespective of gender.

People in their 70s with obesity were neither at heightened or lowered risk of developing dementia, while those in their 80s were 22% less likely to develop the disease, the findings indicated.

There were some age differences between the risk of developing vascular dementia or Alzheimer’s disease, with those in their 30s at greater risk of both. A diagnosis of obesity in the 40s through to the 60s was associated with an increased risk of vascular dementia, while the risk of Alzheimer’s disease was lower in those diagnosed with obesity from their 60s onwards.

This is an observational study, so no definitive conclusions can be drawn about cause and effect. But the findings confirm smaller published studies from elsewhere which report an increased risk of dementia in young people who are obese, but a reduced risk in older obese people, say the researchers.

They venture that a possible explanation for the particularly high risk found in early to mid-life may lie in the fact that heavier weight is associated with diabetes and cardiovascular risk factors, which are themselves linked to a heightened risk of dementia.

And it would seem that if people can stave off significant weight gain until at least their 60s, or survive long enough with obesity, they may have a lower risk of developing dementia, they suggest.

“While obesity at a younger age is associated with an increased risk of future dementia, obesity in people who have lived to about 60-80 years of age seems to be associated with a reduced risk,” they conclude. 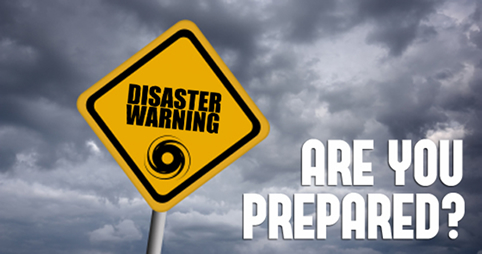