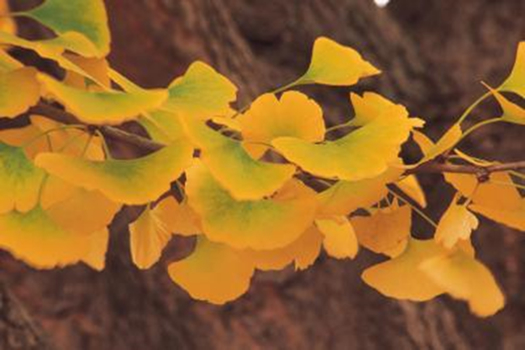 About 25.8 million American children and adults have diabetes and another 79 million are in the pre-diabetes stage, according to the American Diabetes Association. In fact, according to the organization, diabetes contributed to 231,404 deaths in 2007. Apart from such symptoms as frequent urination, increased thirst, hunger, fatigue and irritability, complications such as heart disease, stroke, blindness, kidney diseases and nervous system damages also contribute to the mortality and morbidity associated with the condition. Adding herbs such as ginkgo to your regular treatment regimen may help manage the condition more effectively but be sure to first consult your doctor.

Ginkgo is obtained from the dried leaves of the Ginkgo biloba tree and is available in tablet, capsule and tea. It has been used traditionally in Chinese herbal medicine to treat a variety of ailments, including dementia, eye diseases and intermittent claudication or pain due to reduced blood flow to legs. Two chemicals — flavonoids and terpenoids — are responsible for its biological activity. It is generally not used in children and the dosage in adults depends upon the age of the patient and the complications involved.

Ginkgo biloba extracts can help lower the blood sugar levels, stimulating the pancreas to increase secretion of the hormone insulin, according to Dr. George Kudolo, professor of clinical laboratory sciences at the University of Texas. Some animal studies such as the one published in the January 2005 edition of the “Iranian Journal of Pharmacology and Therapeutics” have also demonstrated that ginkgo extracts can significantly lower the fasting blood sugar levels in laboratory animals. The study authors believe that the anti-diabetic activity of ginkgo is due to the presence of antioxidant flavonoids which have the ability to neutralize the damage that free radicals have caused.

Ginkgo extracts have the ability to inhibit plaque formation and may thereby reduce the risk of heart disease and stroke in diabetes patients, according to another study published in the October 2001 edition of the journal “Diabetes Spectrum.” Ginkgo biloba extracts may help manage other complications associated with diabetes as well. In fact, an October 2007 article in the journal “Acta Pharmacologica Sinica” states that ginkgo alters the release and expression of a variety of chemicals that play a key role in the development of diabetic neuropathy or nerve damage and is a potential drug to prevent neuropathy.

Ginkgo supplements are generally safe to use, although side effects such as headache, nausea, dizziness and upset stomach have been occasionally reported. The National Center for Complementary and Alternative Medicine also warns that ginkgo may increase bleeding risk in individuals with bleeding disorders or taking anticoagulant medications. Some patients have also reported severe allergic reactions to ginkgo.

Ginkgo is one of the most popular herbs in Europe and United States. It is easily available without a prescription at local pharmacies and natural food stores. However, production and distribution of herbs in the United States is not regulated by the Food and Drug Administration or FDA. Hence, it is your responsibility to ensure the quality of the product. It is also important to remember that many ginkgo benefits have been demonstrated in animal models only and actual clinical trials are lacking. Hence, it is important to consult a doctor before using ginkgo to determine if it is right for you and to avoid possible adverse reactions and drug interactions.