Lake Nona, Fla., March 30, 2016 — Researchers at Sanford Burnham Prebys Medical Discovery Institute (SBP) have identified a protein complex that is required for conversion of “bad” white fat to “good” brown fat. The findings, published online in the Journal of Clinical Investigation, could help treat metabolic disorders such as obesity.

“Our study points to mTORC1–a protein complex that senses nutrient levels–as a key regulator of fat browning,” said Sheila Collins, Ph.D., professor in SBP’s Integrative Metabolism Program and senior author of the paper. “Therapies that promote browning, or an increase in brown fat-like cells within the typical white fat tissue, are being actively pursued as a way to help people burn more calories independent of exercise.”

Brown fat burns energy as heat, and scientists believe it evolved as a way to stay warm and survive cold weather. Adults with higher-than-average amounts of brown fat are more likely to maintain a healthy weight and are less likely to develop insulin resistance. In contrast, white fat acts as a thermal insulator that protects internal organs. An excess of white fat is associated with metabolic disease, as well as an increased risk of certain cancers.

The proportion of brown fat-like cells in white fat deposits increases upon prolonged exposure to cold temperatures, which trigger release of the hormone/neurotransmitter noradrenaline. Collins’ team found a new step in the process by which noradrenaline induces fat browning. Previous research had shown that it involves turning on protein kinase A (PKA), and this study shows that PKA activates mTORC1.

“This result came as a surprise because we knew that mTORC1 is a key player in stimulating growth in many tissues, including white fat,” added Collins. “Fat browning is thought to be an opposing process, so the fact that it requires the same protein complex is big news.”

The scientists also found that the way mTORC1 is triggered by PKA is different from how it’s activated by growth-promoting signals, such as insulin.

“Fat regulation isn’t black and white–our results help fill in the color in the picture. Imagine mTORC1 is a machine with multiple capabilities, like a printer/copier/scanner. Energy-storage signaling pushes one set of buttons and gets one outcome (fat storage), while PKA pushes another set to get a different outcome (conversion to brown fat).

“These results add an important detail to the understanding of fat browning, which will help determine which steps could be targeted by future anti-obesity drugs,” Collins concluded. 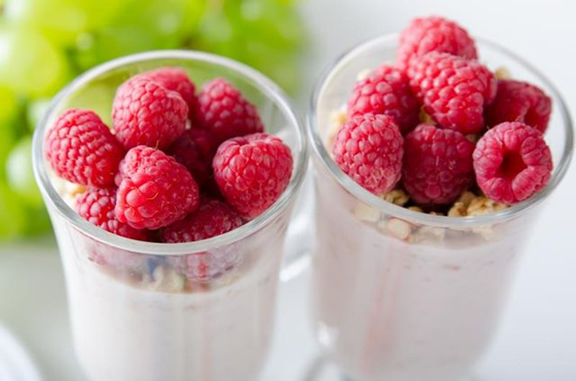 Probiotics are helpful bacterial “bugs” that live and work in your intestines helping to maintain your health, according to the Dairy Council of California. Often, the level of helpful bacteria is reduced in the gut due to taking antibiotics, which wipe them out, or if you are under great stress or have a virus that wreaks havoc with the bowel. The result is digestive upset that takes the form of diarrhea and other bowel disturbances, like irritable bowel syndrome. Replacing helpful bacteria is easy when you consume foods high in probiotics. Adding probiotics to the diet daily can help reduce and relieve a variety of bowel problems, as well as reduce the effects of lactose intolerance for those who are unable to digest the enzyme lactase. Often found in creamy, white, comfort foods, probiotics are a great option to add to your diet.

One of the best sources of probiotics is yogurt. The pudding-like product has probiotics culture added to it, but not all yogurts are created equal. Those that have the seal saying they contain “live, active cultures” are the ones to look for.

Kefir and Acidophilus milks are cultured and have probiotics bacteria added to them. These milks taste somewhat similar to yogurt, having a tangy bite, and are available for purchase in most health food stores.

Fermented cabbage, also known as sauerkraut, is a good source of probiotics, according to the Medical University of South Carolina. The cultures are added and become active in the fermentation process. Choose sauerkraut if yogurt or cultured milks are not to your liking.

Probiotic bacteria can be found in various supplements containing acidophilus and bifido bacterium. These are excellent choices for replacing the friendly bacteria in the bowel and are available for purchase at health food stores.

Eating a little bit of fermented products high in probiotics is advisable if you are able to tolerate them without digestive upset. Some fermented foods are fermented fish, and miso and tempeh, which are made from fermented soy. Buy these soy products from a health food store and not an Asian market. The miso at health food stores is usually naturally aged containing the actual cultures needed. 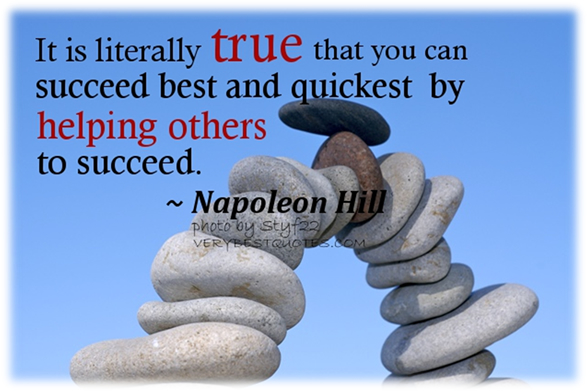 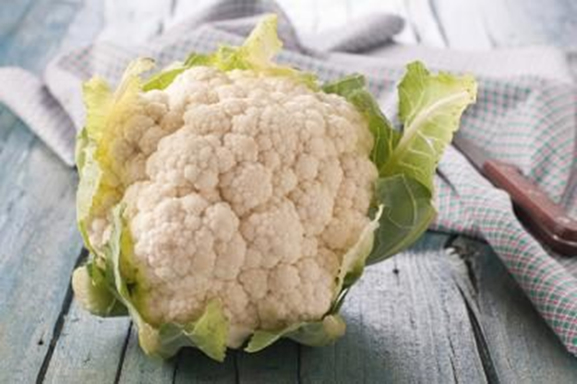 Cauliflower, is a cruciferous vegetable, in the same family with broccoli, cabbage, kale and Brussels sprouts. As with broccoli, cauliflower is the immature flower head of the plant, picked while still creamy white and tender. Boiled, sauteed, steamed or stir-fried cauliflower is a nutritious vegetable that provides several essential nutrients including significant amounts of vitamin C, vitamin K, folate and several other vitamins in smaller amounts.

A 1/2-cup measure of cooked cauliflower contains 27.5 milligrams of ascorbic acid, more commonly known as vitamin C. This amount equals almost 50 percent of the daily recommended intake for this vitamin. The University of Maryland Medical Center describes vitamin C as an essential nutrient for the absorption of iron and to maintain and heal tissues within the body, particularly connective tissues, such as tendons and ligaments, as well as teeth and gums. Vitamin C is also a powerful antioxidant that helps to reduce the levels of harmful chemicals within the body that can damage cells within tissues.

Vitamin K is another essential nutrient provided by cauliflower. This vitamin plays a central role in the production of blood clotting factors, according to the Colorado State University Extension. Cauliflower provides 8.5 micrograms of vitamin K per 1/2-cup serving or around 8 percent of the required daily intake for the average adult.

The University of Maryland Medical Center also states that folate works with other B vitamins to help produce healthy red blood cells. Folate is also essential in the development of DNA. The support that folate provides in the production of this genetic material has led to women who are pregnant supplementing their diet with folate to help prevent certain types of congenital birth defects such as spina bifida. A single 1/2-cup serving of cooked cauliflower provides around 27 mcg of folate or around 7 percent of the amount needed per day.

Cauliflower also provides several other important nutrients, although in smaller quantities. These include 0.1 mg of vitamin B6 or approximately 4 percent of the daily requirement and around 0.3 milligrams pantothenic acid or around 3 percent of what is needed each day in a 1/2-cup serving.

The same 1-cup measure of cooked cauliflower also contains trace amounts of certain vitamins. These include thiamine, riboflavin and niacin, according to the USDA Nutrient Database. 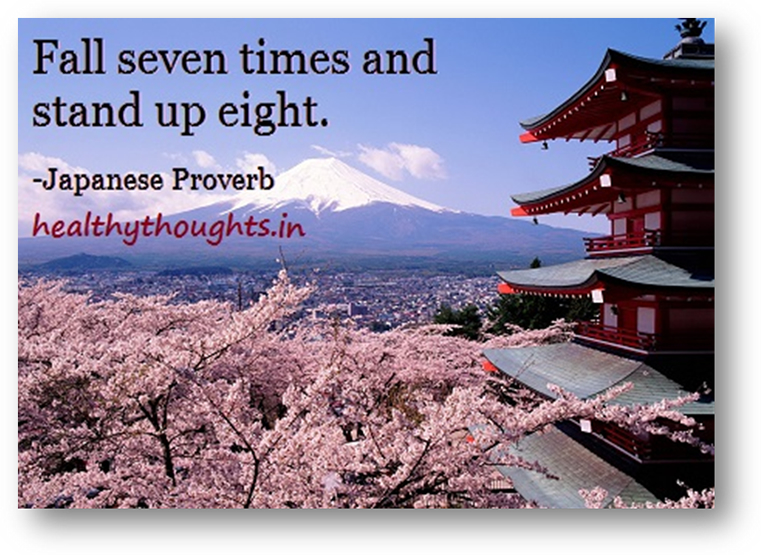 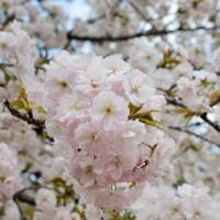 The time of year much awaited by many people across the country is finally near: the blooming period of the nation’s beloved sakura (cherry blossoms).

Numerous people plan hanami (cherry-blossom viewing) under the trees, one of the biggest spring events on the Japanese calendar.

But when did people first start cherishing sakura? And when and how did they start gathering for viewing parties under the trees?

Following are questions and answers about sakura and hanami:

What does hanami mean?

But when the two terms are combined, it usually means cherry-blossom viewing, indicating cherry blossoms have been adored for centuries.

Until the Nara Period (710-794), the nation’s most favorite flower was ume (Japanese apricot), most likely because of a strong cultural influence at that time from China, where ume originated.

But in the Heian Period (794-1185), sakura became more popular among Japanese aristocrats.

Many experts link this transition to the 894 abolition of Kentoshi, Japan’s official delegations to China. The abolition cut off Japan from Chinese influence and helped people cultivate their own culture based on the local climate and nature, they say.

After the mid-Heian Period, “the flower” mentioned in poems usually referred to sakura, even if it wasn’t stated explicitly, according to Yozaburo Shirahata, professor of comparative culture studies at Chubu University who published the book “Hanami to Sakura” (“Hanami and Cherry Blossoms”) in 2000.

Did the Heian Period have hanami parties similar to now? 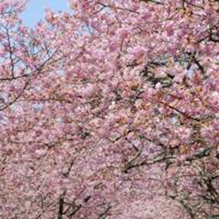 No. During the Heian Period, hanami was an elegant custom among the well-educated aristocracy only and did not involve crowds eating and drinking under cherry trees.

In 1598, the warlord Toyotomi Hideyoshi held an extravagant hamani party at Daigoji Temple in Kyoto for feudal lords and their followers, but the practice had yet to spread to the common people.

According to Shirahata, today’s hanami parties are characterized by three elements: crowds, food and drinks, and a large number of sakura trees.

Today’s hanami parties trace their roots to after the mid-1600s in Edo, today’s Tokyo. One of the earliest hanami venues was Ueno of today’s Taito Ward, which is still a very popular place with numerous sakura trees.

How did hanami become popular with nonaristocrats?

During the Edo Period (1603-1868), Japan enjoyed freedom from warfare at home and abroad for more than two centuries. This allowed common people, in particular those living in Edo, to nurture a rich culture of their own. Edo was the capital of the Tokugawa shogunate.

Tokugawa Yoshimune (1684-1751), the eighth shogun, planted numerous sakura trees and created several hanami venues in Edo for common people to enjoy. This, too, greatly helped spread the hanami practice among the public, Shirahata wrote in his book.

Among the Edo hanami sites Yoshimune created were those in Asukayama, Mukojima, Gotenyama and Koganei. Some of those places are still among the most popular hanami spots in Tokyo today.

Are we seeing descendants of the Edo Period cherry trees?

Probably not. Until the end of the Edo Period, people viewed various cherry blossom varieties, including yamazakura, edohigan and kanhizakura.

But after the someiyoshino hybrid was artificially created, probably in the late Edo Period or early Meiji Era (1868-1912), the variety has become extremely popular in Japan thanks to its beautiful, slightly-pinkish blossoms.

Someiyoshino now probably accounts for 70 to 80 percent of all sakura trees in Japan, according to Toshiki Sato, professor at the University of Tokyo who published the book “Sakura ga Tsukutta Nippon” (“A Japan Created by Cherry Blossoms”) in 2005.

All someiyoshino trees are planted using a technique called tsugiki (grafting). This means all existing someiyoshino trees have identical DNA, the exact reason most sakura in Japan blossom, then subsequently fall, almost simultaneously.

This synchronization makes the scenery of cherry blossoms even more stunning, probably another reason someiyoshino are dominant in Japan.

When can we see sakura in Tokyo and elsewhere this year?

According to the “cherry-blossom front” forecast released by the Japan Weather Association on March 9, someiyoshino start blooming in Tokyo’s Chiyoda Ward on March 21, and will be in full bloom about a week later.

Elsewhere, the cities of Fukuoka and Nagoya will see the first blooms on March 22, Yokohama on March 23, and Osaka, Kyoto, Nara and Kobe on March 25.

Hirosaki of Aomori Prefecture, known for beautiful cherry trees in Hirosaki Park, will see this year’s first bloom of someiyoshino on April 20, with blooms in Sapporo expected on May 2.