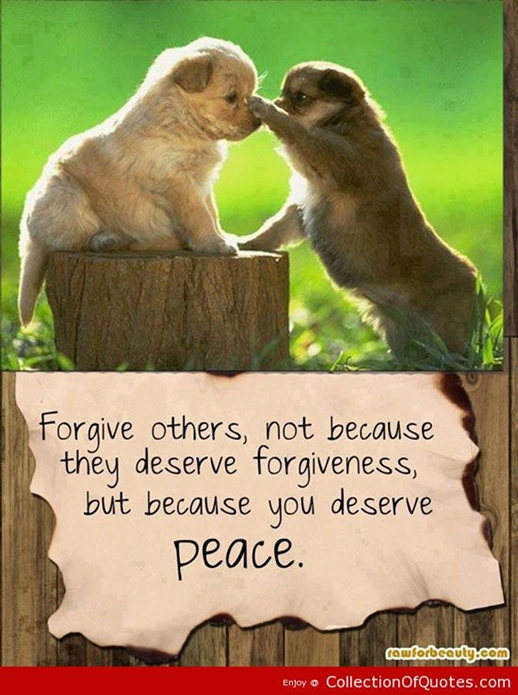 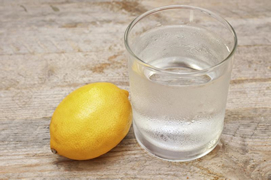 ast Updated on May 06, 2015 | By Kiki Michelle A small glass of water beside a lemon.
LIVESTRONG.COM
http://www.livestrong.com/article/321463-10-day-cleansing-diet/
Photo Credit PASHA18/iStock/Getty Images

Cleansing diets may be in liquid or solid food form, though all will restrict your diet significantly. The popular Master Cleanse Diet, for example, requires you to consume a mixture of lemon juice, cayenne pepper, maple syrup and distilled water only for as long as your cleanse lasts. Others, like the liver cleansing diet, only allow you to eat fruits and vegetables. However, CBS News reports that cleansing diets that incorporate food into your diet are healthiest. Such diets may also be easier to sustain for the entire 10-day period.

While some diets are more popular than others, there is no standard cleansing diet. The diet that you choose will depend on your lifestyle and overall eating habits. For example, determining whether a specific cleansing diet fits into your budget or is something you can maintain for 10 days will help you to make this decision. Furthermore, some cleansing diets may require that you to purchase a minimal amount of ingredients that will last the entire 10 day period. Others, like raw food diets may require you to purchase fresh vegetables more than once during your 10-day cleanse. You may also consider the amount of preparation required for the cleansing diet of your choice. Fruits and vegetables, for example, may require light preparation for transport to school or work.

While cleansing diets may be an effective means of losing weight or getting on track to eating healthier, these diets come with a special set of challenges. CBS News reports that many people lose weight quickly on cleansing diets, though it may be difficult to maintain any weight loss. Your body may also suffer depreivation of the essential vitamins and nutrients it needs during your 10-day cleansing diet, so you may consider incorporating supplements into your daily diet.

Foods and Drinks to Avoid While Detoxing

A number of foods need to be avoided while on any cleansing diet. EveryDiet states that you cannot consume meat, dairy, alcohol and caffeine while on your cleanse. Whole Living highlights that you can substitute these food products with gluten-free grains and dairy such as rice and almond milk. If you crave hot drinks, decaffeinated teas with natural sweeteners may also be an appropriate substitute during your cleanse.

The Mayo Clinic notes that some people report gaining energy while on a cleansing diet, while others complain of fatigue. Additional complications of a cleansing diet may include dehydration, dizziness and nausea. To prevent severe side effects, pay attention to your body’s reaction to the cleanse and cease if the problems do not subside. As with any diet, consult with your doctor before beginning a cleansing diet to reduce your risk of experiencing adverse side effects.

University of Pennsylvania School of Medicine 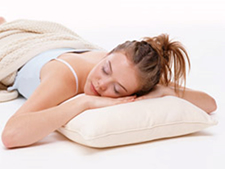 PHILADELPHIA – Experts have warned for years that insufficient sleep can lead to weight gain. A new Penn Medicine study found that not only do we consume more food following a night of total sleep deprivation, but we also we consume more fat and less carbohydrates and a region of the brain known as the salience network is what may lead us to eat more fat. The new findings are published in Scientific Reports.

Most research in this arena has focused on changes in metabolic hormones that lead to weight gain, while only a few have begun to examine how changes in brain activity may play a role. “We wanted to uncover whether changes in regional brain function had an impact on our eating behavior following sleep deprivation,” says the study’s senior author, Hengyi Rao, PhD, a research assistant professor of Cognitive Neuroimaging in Neurology and Psychiatry. “This work has implications for the approximately 15 million Americans who work the evening shift, night shift, rotating shifts, or other employer arranged irregular schedules.”

The study took a unique approach and sequestered 34 sleep-deprived subjects and 12 controls in a sleep lab for five days and four nights for round-the-clock monitoring. All study subjects received one night of regular sleep and were then randomized to either total sleep deprivation or control for the remaining three nights. Baseline functional MRI (fMRI) to examine brain connectivity changes associated with macronutrient intake was conducted on all subjects the morning following the first night of sleep. Sleep-deprived subjects were matched to control subjects in age, body mass index (BMI), ethnicity or gender.

On the second night, sleep deprivation subjects were kept awake while the control subjects slept for eight hours. fMRI testing of both groups continued on days, two, three and four at the same time each day. All subjects had access to a variety of foods that they could consume as desired.

The Penn researchers also found that sleep deprived subjects displayed increased connectivity within the “salience network,” which is thought to play a role in determining contextually dependent behavioral responses to stimuli that can be either internal or external, and is one of several key brain networks that carry out various aspects of brain function. Moreover, increased connectivity in the salience network correlated positively with the percentage of calories consumed from fat and negatively correlated with the percentage of carbohydrates after sleep deprivation. The salience network is located toward the front of the brain and consists of three sections, the dorsal anterior cingulate cortex, bilateral putamen, and bilateral anterior insula. Activity in these structures is linked to both emotion and bodily sensations, such as the heart racing, stomach churning, pain, thirst, embarrassment, and attempting mental challenges. Changes in caloric intake and content after sleep deprivation may therefore relate to changes in the “salience” of food, and in particular fatty food, in individuals who are sleep deprived.

“We believe this is the first study to examine the connection between brain network connectivity and actual macronutrient intake after baseline sleep and after total sleep deprivation,” says Rao. Most similar studies rely on self-reported hunger levels of food cravings, or on brain responses to pictures of different types of foods. “Although this study examined the effects of acute total sleep deprivation, similar changes may occur in response to the chronic partial sleep restriction that is so prevalent in today’s society.”

Penn Medicine is one of the world’s leading academic medical centers, dedicated to the related missions of medical education, biomedical research, and excellence in patient care. Penn Medicine consists of the Raymond and Ruth Perelman School of Medicine at the University of Pennsylvania (founded in 1765 as the nation’s first medical school) and the University of Pennsylvania Health System, which together form a $4.3 billion enterprise.

The Perelman School of Medicine has been ranked among the top five medical schools in the United States for the past 17 years, according to U.S. News & World Report’s survey of research-oriented medical schools. The School is consistently among the nation’s top recipients of funding from the National Institutes of Health, with $392 million awarded in the 2013 fiscal year.

Penn Medicine is committed to improving lives and health through a variety of community-based programs and activities. In fiscal year 2013, Penn Medicine provided $814 million to benefit our community.

Like sake, amazaka is made from rice, but it isn’t alcoholic.
Photo Credit Jupiterimages/Photos.com/Getty Images

Combining rice and the aspergillus oryzae fungus produces several traditional Japanese products, including the alcoholic drink sake. Amazake, a nonalcoholic Japanese drink made from this pairing, is another Japanese dietary staple. Amazake is used to make puddings, pie fillings and other sweets as well as the drink. Commercially made amazaki tends to have a sweeter flavor than the homemade version, since it often contains added sugar. The health benefits depend on the type of rice used and the sugars added.

Digestion
Amazake is produced by combining cooked rice with koji, a fermented product made by mixing rice with aspergillus oryzae and incubating at a warm temperature for several hours. Fermented foods like amazake might benefit your stomach if you don’t digest food well. The enzymes in amazake help break down fats, complex carbohydrates and proteins for your body to use.

Effect on Toxins
Rice fermented with aspergillus oryzae might help your body eliminate toxins such as polyvinyl chloride, according to a Japanese study published in the October 2004 “Chemosphere.” The study compared blood levels of PVCs and other toxins in Japanese women who consumed the mixture with those who did not over a two-year period. Women who consumed the mixture eliminated more of the toxins than those who did not. This was a very small study of just nine women, but it did show a possible benefit of the mixture.

Amazake produced from brown rice supplies more vitamins and minerals than amazake made from white rice. Brown rice retains the bran and germ of the rice, which contains B-complex vitamins niacin and thiamine, vitamin E and fiber. Brown rice also serves as a good source of iron, zinc, potassium, calcium, manganese and magnesium.

Sugar Variations
The amazake you buy in the store varies considerably from the version made at home. Commercial versions often substitute laboratory-produced enzymes for koji. While these enzymes, like koji, cause fermentation, manufacturers often choose specific enzymes designed to produce a sweeter product. If you’re trying to restrict your carbohydrate intake, commercially produced amazake might contain too much sugar. With homemade amazake, you can control the sweetness by adjusting the amount of koji added; the more koji, the sweeter the taste. Amazake contains about 50 percent simple sugars and 50 percent complex carbohydrates, so it provides quick but long-lasting energy, author John Belleme explains in “Japanese Foods That Heal.”

The ancient Japanese name for July is written as 「文月」and it’s called “Fumizuki/Fuzuki.”  The origin of the name is often said that it came along with a famous July event, Star Festival “Tanabata” when people write their wishes on a slip of paper to hang up on bamboo trees.  Back then, people had the same tradition but to write short poems or songs on a slip of paper for the bamboo tree wishing their writings would get better.  The character of 「文」has meanings deeply related to words such as a letter 「文字」 or a literature「文学」.

Tanabata is now well known as a summer event, but it was brought into Japan from China during Nara period.  So the history of being named Fumizuki could have been one of the several fairytales like those of other 6 names so far.  Other possible Japanese names for July are 「含み月」”Fukumizuki” and 「穂含み月」”Hofukumizuki” for it is the month when the rice grains start growing.  Considering the cases of other months, nature and farming related origin seem to fit in right for the July’s Japanese name.

August is called “Hazuki” as the ancient Japanese name.  Literally, it is related to leaves.  As I have explained before, the ancient Japanese names for months are based on the lunar calendar and there is a slight time gap, about a month and a half, between the new calendars we use in recent day.  It may be correct to assume the month of Hazuki initially indicated the mid-September, when the leaves are expected to start turning colors and fall on the ground around this time of the early autumn.  That’s why September is called as「葉落ち月」“Haochizuki” or 「葉月」 “Hazuki.”