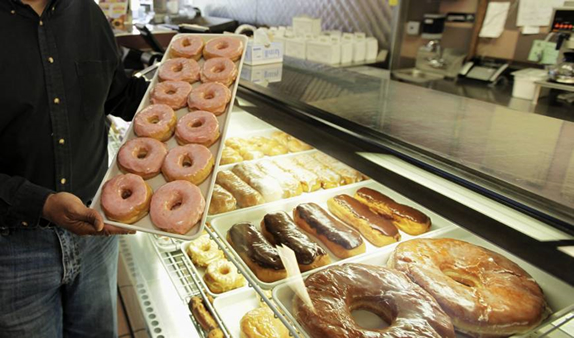 The U.S. Food and Drug Administration plans to implement a total ban on artificial trans fats — found in all foods — in the next three years, in a bid to reduce coronary heart disease and prevent thousands of heart attacks per year. | AP
Jun 17, 2015

WASHINGTON – Artificial trans fats found in everything from margarine to cookies and frozen pizzas are not safe to eat and must be removed from food in the next three years, U.S. regulators said Tuesday.

Also often used in frosting and crackers, partially hydrogenated oils (PHOs) contribute to heart disease and fatal heart attacks in thousands of Americans every year, said the U.S. Food and Drug Administration, calling them not “generally recognized as safe.”

“The FDA’s action on this major source of artificial trans fat demonstrates the agency’s commitment to the heart health of all Americans,” said acting FDA commissioner Stephen Ostroff, confirming a 2013 proposal to ban them.

“This action is expected to reduce coronary heart disease and prevent thousands of fatal heart attacks every year.”

Partially hydrogenated oils carry no health benefits and the Institute of Medicine has previously determined that no level is safe for consumption.

Food manufacturers in the United States have been required since 2006 to include trans fat content information on canned and packaged food labels.

The law still allows foods to be labeled as having zero grams of trans fat if they contain less than 0.5 grams of trans fat per serving, but FDA officials said that a separate effort is underway to change that, and that PHOs will no longer be allowed in any foods after three years unless they get a specific exemption from regulators.

The FDA has said the labeling rule and actions taken by the food industry have already led to a 78 percent decrease in trans fat consumption in the past decade.

According to Rebecca Blake, director of clinical nutrition at Mount Sinai Beth Israel in New York, the current labeling laws are misleading consumers.

“If one serving of a product has less than 0.5 gram of trans fat, it can be legally labeled trans-fat free. But are people really eating only one cookie or five fries? The servings often add up and the consumer ends up with far more trans fats in their diet than they realize.”

Food manufacturers have three years to “either reformulate products without PHOs and/or petition the FDA to permit specific uses of PHOs,” the agency said.

By mid-June 2018, no partially hydrogenated oils can be “added to human food unless they are otherwise approved by the FDA.”

The Grocery Manufacturers Association said it was pleased with the three-year time period because it “provides time needed for food manufacturers to complete their transition to suitable alternatives and/or seek food additive approval,” a statement said.

The GMA, which represents some 300 leading food and beverage companies, is planning to file its own food additive petition to the FDA in the coming days, a spokesman told AFP.

“It will show that the presence of trans fat from the proposed low level uses of partially hydrogenated oils (PHOs) is as safe as the naturally occurring trans fat present in the normal diet,” said the GMA statement.

“I think it’s the difference between zero and nearly zero,” said GMA spokesman Roger Lowe, who declined to give specifics about which companies or products still want to be able to use artificial trans fats in processing.

The FDA move bans artificial trans fats, not the trans fats that occur naturally in some dairy, beef and lamb products.

“The eventual elimination of artificial trans fat from the food supply will mean a healthier food supply, fewer heart attacks and heart disease deaths, and a major victory for public health,” said Center for Science in the Public Interest executive director Michael Jacobson.

“The final determination made today by the Food and Drug Administration gives companies more than enough time to eliminate the last of the partially hydrogenated oil that is still used in foods like microwave popcorn, biscuits, baked goods, frostings and margarines.” 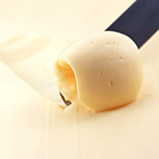 Sophia Antipolis, 08 July 2015. The American Food and Drug Administration (FDA) considers trans fatty acids (TFA) unsafe for consumption. The FDA is providing a three-year compliance period to allow industry to gradually phase out their use in processed food. This step is expected to reduce cardiovascular disease and prevent thousands of fatal heart attacks every year in the US.

The European Society of Cardiology welcomes the FDA decision “to remove artificial trans fat from the food supply” (1) and calls upon European policy makers to urgently bring forward EU-wide regulation to address this important health issue.

TFAs are widely recognized as the most harmful fat with regard to causing cardiovascular disease (CVD). Partially hydrogenated oils are the major source of artificial transfats in the food supply. They are the most often used source of fat in commercial bakery products. TFAs raise the level of LDL (“bad”) cholesterol in the blood. An elevated LDL cholesterol level in the blood increases the risk of developing heart disease. The detrimental effects of TFAs on heart health and mortality are now beyond dispute (2,3).

Cardiovascular disease (CVD) is the main cause of death in Europe. Each year CVD causes over 4 million deaths in Europe and over 1.9 million deaths in the EU. CVD causes 47% of all deaths in Europe and 40% of deaths in the EU (4). There are very significant differences in mortality rates between countries. The current TFA intake in Eastern and South Eastern Europe is often high, increasing the European CVD burden and widening national and international inequalities.

Based on the effects on cardiovascular health of TFA intake, the positive experiences from different interventions to limit TFA intake and the accumulated knowledge on differential consumption of TFA across Europe, the European Society of Cardiology believes that a regulatory intervention is necessary to ensure that all EU citizens can effectively reduce their TFA intake