If you’re a fan of Japanese anime, you surely have already seen these badass characters with their weird permed hair dyed in orange, wearing strange school uniforms that stand out from the rest, and speaking like a boss who always seems like they are looking for a fight. Say, for example, Eikichi Onizuka from Great Teacher Onizuka; a badass indeed. Most of them usually comes in groups like the students of Yankumi from Gokusen with their leader as Shin,  or Hanamichi Sakuragi with his sidekicks who also used to be deadbeats before joining the basketball team in SlamDunk. Turns out, these men actually existed, or are still existing, in the real world. SO who exactly are these people? They are the Yanki.

Yanki is a Japanese subculture which was popular in the 80′s and 90′s. It was the style of delinquent students. They refuse to take part in the strict manners of Japanese culture. They are the closest thing to the white trash of the West. There is no legit explanation as to where they got their names, however, some say that they got their origin from American “Yankees”. Just as I said in the earlier part of this article, these people have a distinct fashion style that makes them a Yanki. Aside from things mentioned above, they are often seen with excessive piercings and jewelry, jackets worn over their shoulders, wooden sandals or geta, and more. They often roam around the city on their big load bikes and gather in large numbers. But one recognizable habit of Yanki is the Yanki-zuwari. This trademark manner of sitting wasn’t exactly polite but this style of sitting enabled them to cop a squat anywhere and rest their elbows on their knees with their crotch wide open while puffing on cigarettes. Yanki zuwari made people look like they were going number two, hence the other name for that style of sitting is  “unko zuwari” or literally “poop sitting”, because it mimics the squatting style used with traditional Japanese toilets. 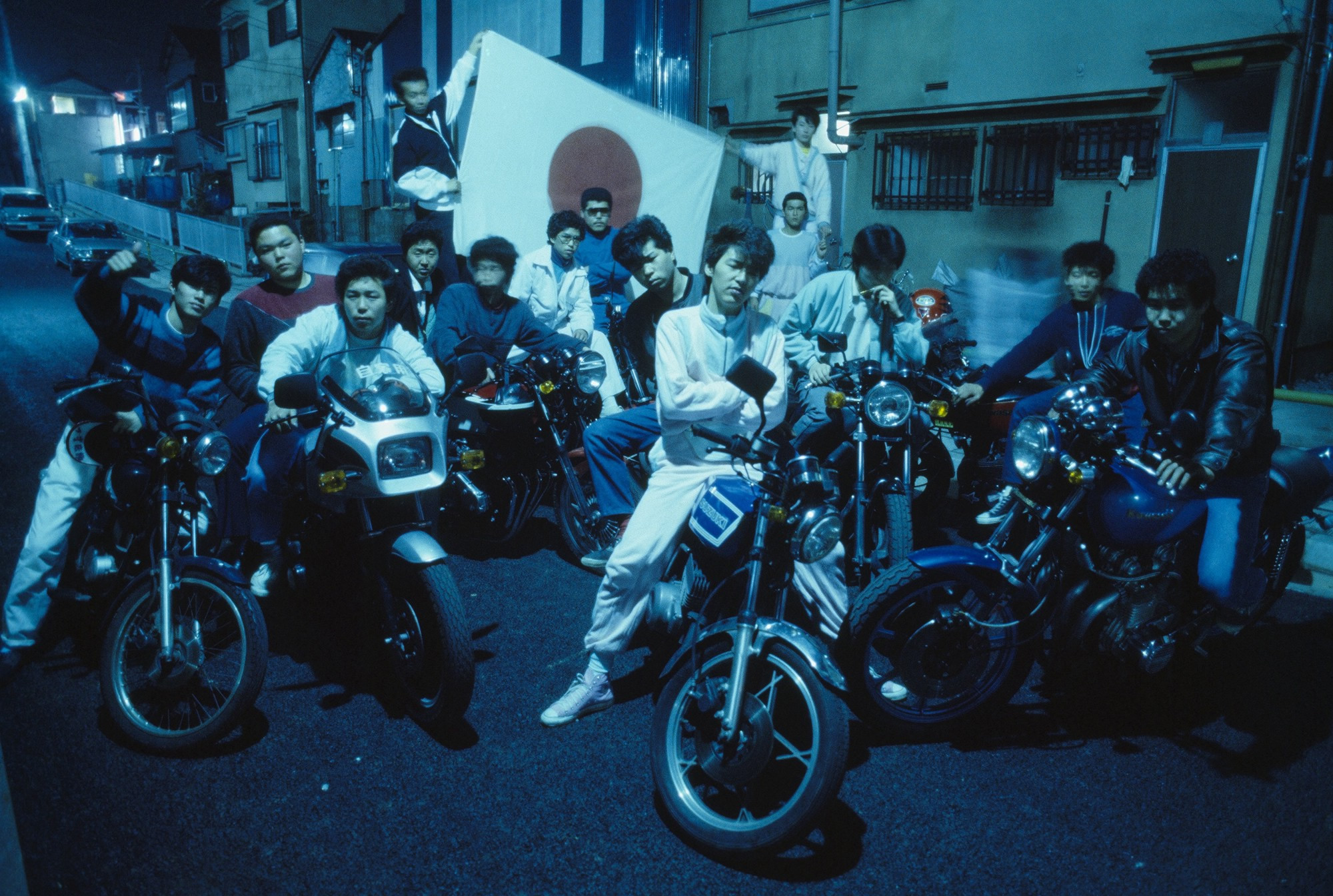 But being a Yanki isn’t just all about fashion and fame. Just like in some modern “fraternity” and “sorority” groups, at least in the Philippines,  it is a hierarchy. Younger Yanki are expected to speak to the senpai in keigo (polite speech), run their errands and do whatever they are told to do. All this must be done with the three pillars of yanki behavior namely: konjyou (guts), seii (sincerity) and nyukon (dedication of the soul).

If Japanese people who follow the norm of the society start thinking about marriage by their late 20′s or 30′s, Yanki are know to go for early marriage. Most of m finish raising their kids by 35. A true yanki will drop out of school by the age of 17 and become parents. In fact, when the local seijinshiki (Coming of Age) takes place by the time they are 20, they often show up with young children. Yanki girls who got pregnant become Yanki-mamas or yan-mama. And yanki dad’s get busy into personally customizing their car bought from the money they got from work which is likely to in construction sites or in workplaces where manpower is needed.  Although many of them are expected to end up as one, only some yanki pursue their coolness and level it up into being a yakuza, a Japanese mafia.